littlegrid was developed using CI for CI, therefore it is very CI friendly. The technique of running a cluster in a single process (as used by littlegrid) avoids many of the problems associated with running a separate process for each cluster member, such as needing to clear up all the processes if the build breaks or needs to be stopped.

Here’s the new littlegrid CI server (the old server died) - it is configured with 3 individual build agents and runs on a quad-core Xenon server to ensure that littlegrid works in a highly concurrent build environment. 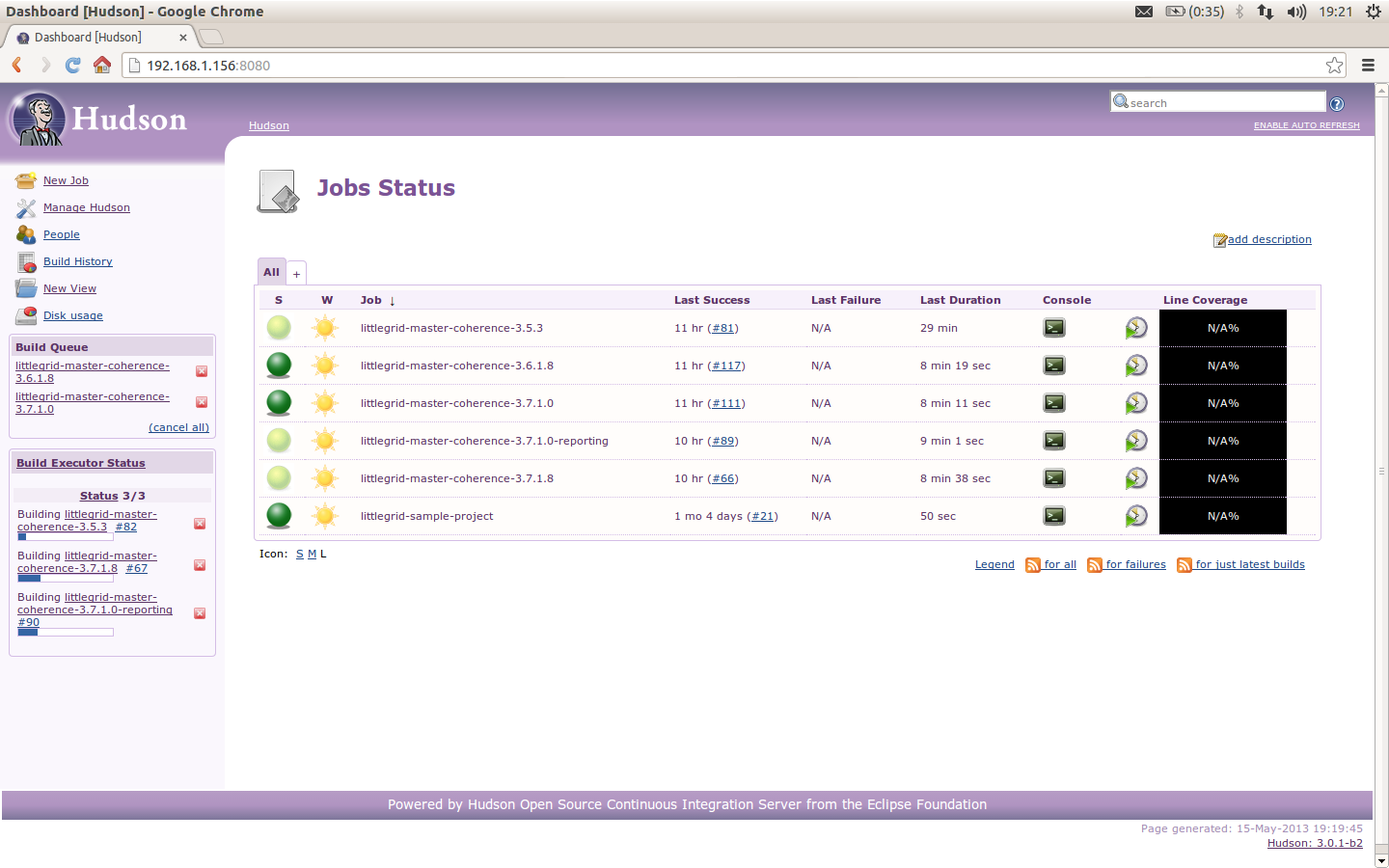 How do I get started - what do I need to do or configure?

Cool, you don’t need to do anything - littlegrid and Coherence will work just fine with their defaults.

If you have multiple concurrent build plans running on your CI server or CI agent at once then you need to configure littlegrid and essentially Coherence to use different WKA and Extend (if required) ports to avoid the various build plans all clustering together or the Extend ports being already being used - don’t worry, it is really straight forward. The simplest way is to just tell the build agent or CI server to use an Environment variable or System property - here’s an example of using a system property:

If you prefer to use environment variables, then these can be configured like below (in this example for Windows - note the use of underscores):

Here’s what it looks like when configured on Hudson:

More information is available on the Controlling and configuring littlegrid

That’s it, now the build plan that uses these port numbers will avoid using the default littlegrid port numbers for clustering and running Extend.